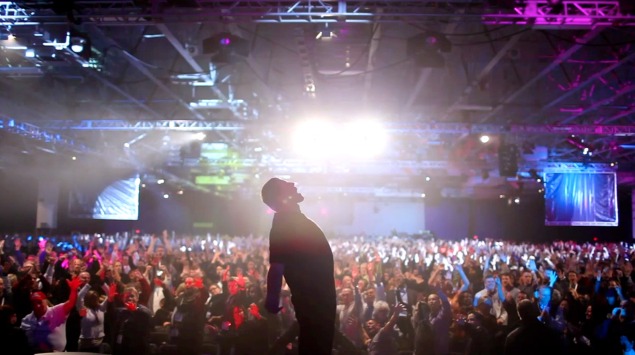 A high-school English teacher recognized that Tony Robbins had a skill the student didn’t recognize in himself. Robbins had the gift of moving people with his words. The teacher encouraged Robbins to joins the high school debate team and Robbins’ life—and the lives of millions of his fans—was completely transformed.

Robbins, the world-famous life coach and speaker, recently told me, “I realized public-speaking was a skill and a gift, and that the skill and the gift combined could do some beautiful things. I’ve now been practicing it for 39 years.”

Robbins is quick to point out that gifts must be nurtured, refined and developed, and that’s exactly what he did with his public-speaking skills. At the age of 17, Robbins went to work for personal development coach and speaker, Jim Rohn. Robbins met a another speaker who was clearly resting on his laurels, a person who gave three speeches a month. “If he does three a month, I’ll find a way to book myself for three speeches a day. I’ll talk to the groups nobody wants to talk to” Robbins committed to himself. “People are rewarded in public for what they’ve practiced in private obsessively, intensely, and relentlessly.

According to Tony Robbins, public-speaking skills can be mastered if you’re willing to put in the time and energy.

“You can either drag it out forever and never get good at it, or are you can compress time and concentrate your power,” says Robbins.

Today Tony Robbins is a recognized authority on leadership psychology. He is on the road 200 days a year, speaking to more than 200,000 people and coaching the likes of Bill Clinton, Serena Williams, Marc Benioff and Leonardo DiCaprio, among many other notable leaders in business and entertainment. And while it’s a rare individual who will achieve Robbins’ level of influence, all leaders can learn an important lesson from his life. It’s a theme I’ve reinforced time and again: Leaders cannot inspire unless they’re inspired themselves. Robbins is convinced he’s put on earth to help others live their best lives. He’s a great communicator because he’s on a mission and he’s put in the work to make himself great.

Carmine Gallo is a popular keynote speaker, communication advisor and bestselling author. Tony Robbins is one of the entrepreneurs and leaders who Carmine features in his new book, “The Storyteller’s Secret.”